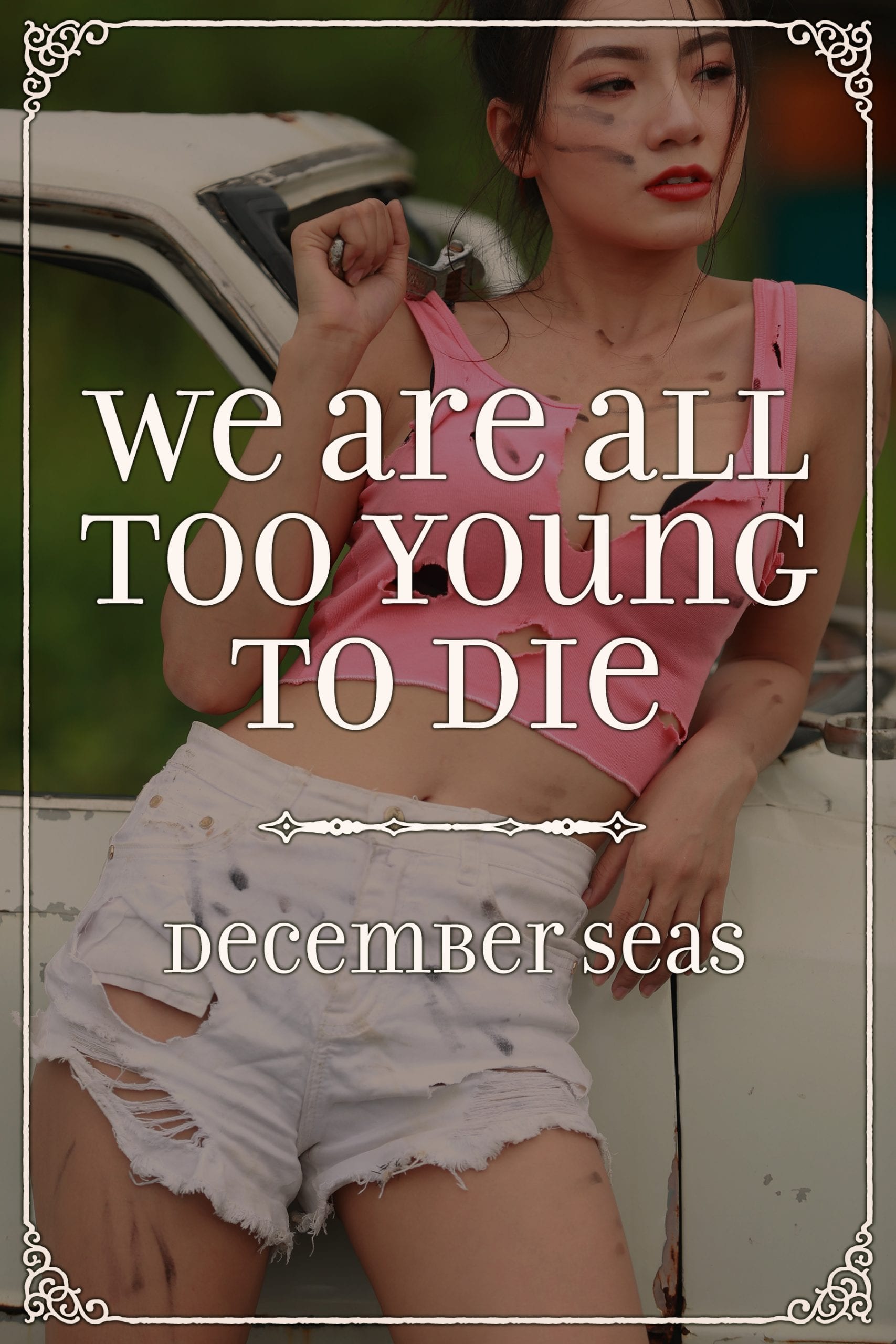 It’s been four months since we became a triad, as Karen calls it, or a triforce, as I like to call it, even if Jesse doesn’t get the reference. It’s been—good. Really good. I’m trying to let myself enjoy this for once in my life instead of questioning everything. Especially because there’s so much other shit going on now.

First major change is that we ditched Roxie and Kent. Motherfuckers still wanna work with the cops even after everything they’ve done. They’re so busy pleasing White people that they don’t realize they’re stepping on everyone else’s backs to kiss their asses. It’s absurd that New Angeles still has a police department at all, even if it is on its last legs.

Whatever. I’ve had dozens of conversations with Roxie and Kent, but they keep playing into model minority bullshit. I mean, I’d hate to be them. Poor suckers still think the world is fair. They find all kinds of ways to explain away the gaps and faults in the system. Two sides to every story; Devil’s advocate. I guess accepting that cops are useless would break their brains. We all have to have some kind of hope to cling to right now, and that one’s theirs—that the cops represent any kind of justice or fairness in the world.

Because Roxie and Kent still believe the cops can help them find their parents.

Well, best of luck to them. The last good cop, if such a thing exists, quit the NAPD a couple weeks ago. Ramiro Morales Medina. He’s working with some community organizations, which was how we got to know him and his girlfriend Constance. They’re sweet. Seem more wholesome than the three of us, at least. I’d almost think they were vanilla if not for the collar around Constance’s neck. It’s subtle, but it’s gotta have a lock of some kind. Ain’t a regular necklace.

So we’ve been keeping busy running errands and doing other odd jobs for them. Constance told us early on that she’s a werewolf, which I never would’ve expected, but I guess you can’t tell when it’s not the full moon. Shows how much I know about werewolves. Been learning a lot just watching Constance work to get lycan communities, especially immigrant ones, connected to resources and support. I figured immigrants would be having a tough time now, but I never thought about how being a werewolf would make everything that much harder.

There’s another thing I didn’t anticipate, that I couldn’t have known just by sight, like how I didn’t know Constance is a werewolf until she told me. It turns out Karen is nonbinary. Which doesn’t change much of the day-to-day stuff. She still uses the same name and pronouns. She just said that sometimes, she likes to be in a more masculine headspace, and that she often doesn’t feel like she fits what it means to be a woman. But I could say that of myself, too. The fuck does being masculine mean, anyway? Macho, is what I was taught, but I’ve never been that.

Still, I guess I don’t have to get it. I just said “okay” and asked some more questions, and she seemed happy with that. She also told me during that conversation that she’s Blasian. She passes more for Asian, but aside from talking about her family’s background, Karen doesn’t care for talking about race. (Constance, meanwhile, won’t shut up about it.) Me, I’m somewhere between the two of them. Aware of race, but in a background way, like a nightlight.

We’ve been settling into a rhythm, the three of us. Something easy and fluid. I never thought that love could feel like this: waking up next to the same people, fitting our lives around each other, opening up to one another. I thought I knew everything about Jesse, but turns out there’s some shit you might tell your girl that you won’t tell your homie. Though I guess I’m not just a friend anymore. Boyfriend? Doesn’t feel right, like how it’s starting to feel right to call Karen my girl. “Partner” isn’t it. Somehow “chavo” feels the most comfortable. It still means “boyfriend,” but… differently. More comfortably. Less likely for people to already have ideas about, maybe. I don’t know.

Words have never been my strong point. I didn’t know what to say when Jesse told me he has bipolar, either. He looked so nervous, though—something I rarely see him show. I wanted to say something before he mistook my silence for negativity. I shrugged, hoping that my words would come out reassuring instead of dismissive.

“Hey man, everyone’s battling something,” I said. “I’m depressed more often than not. I don’t think any different of you.”

A second passed. Then, I reached out and put a hand on his thigh, just to show him I was there. And when he ducked his head, a tell for him trying to hide his tears, I knew that that was enough.